From the City of Oviedo

To Celebrate Black History Month 2021, the City of Oviedo is highlighting the 20 elements of the mural Black History of Oviedo in Round Lake Park (891 E Broadway Street). Painted by local artist Xavier Moss in 2020, the mural showcases just some of the lasting and enriching contributions to the area. 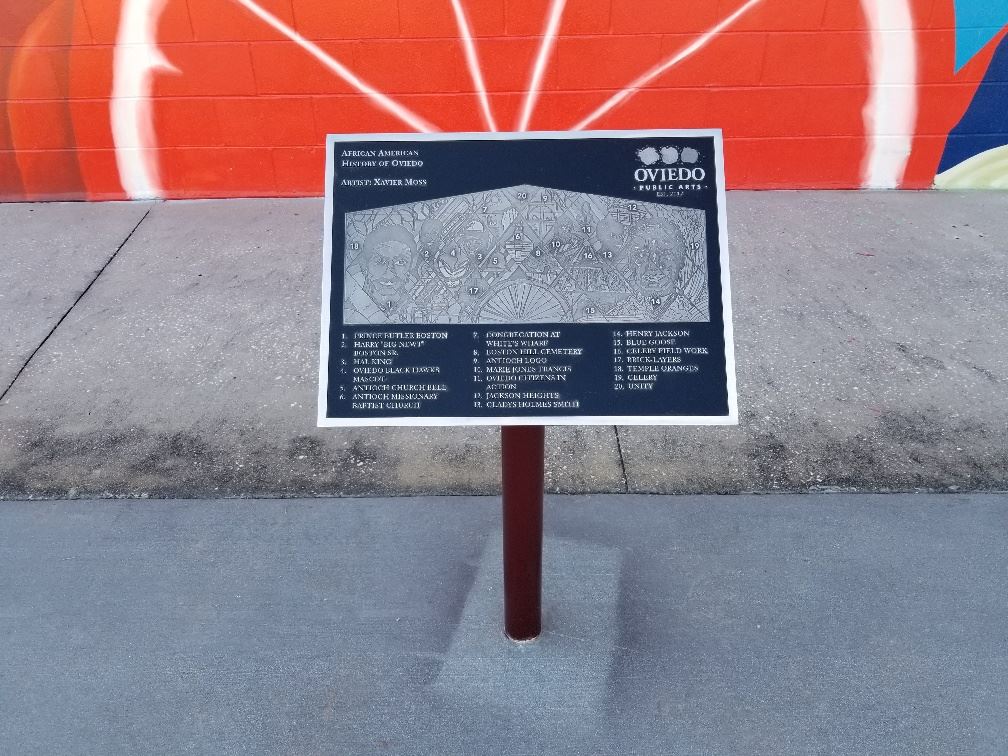 Prince Butler Boston was the son of a Georgia slave owner named Dr. Alexander Atkinson and moved to Central Florida in 1885 when he was 14 years old.

After a hard freeze in the 1890s destroyed much of the local citrus crop, Butler Boston graphed the heartier Temple orange that helped the Oviedo economy bounce back from devastation. Moss painted citrus (element #18, the Temple Orange) around Butler Boston to showcase his contribution to the area and citrus industry.

A longtime member of the Antioch Missionary Baptist Church, Butler Boston was a deacon, superintendent of the Sunday School, and a patron. He gave the church five acres of land establishing a cemetery known today as the Boston Hill Cemetery. 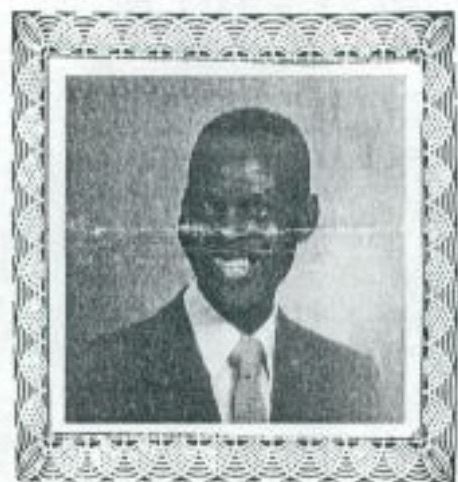 Harry “Big Newt” Boston Sr. is part of the other prominent Oviedo Boston families and originally from Georgia. He served in the Army as a medic during WWII then moved to Oviedo.

After moving to the area, Boston Sr. discovered there wasn’t an opportunity for local Black youth to participate in sports, so he built a baseball diamond where Black children could play. He founded the Black Hawks and Lady Black Hawks sports teams, driving the teams across the state and southeast to compete, serving as both coach and bus driver of the “Big Newt Bus.”

The City of Oviedo named Boston Hill Park in his honor in 1994.

Oviedo born and raised, Hal King was a professional baseball player who began his career in 1962 at 23 years old in the Negro League with the Indianapolis Clowns.

The catcher, a graduate of Oviedo High School, went on to play in Major League Baseball for the Houston Astros, Atlanta Braves, Texas Rangers, and Cincinnati Reds before retiring in 1974 at the age of 30.

Images of baseball and the Black Hawks mascot are depicted near King on the Black History of Oviedo mural. Moss painted King wearing his blue Atlanta Braves baseball hat.

King was president of the Booster Club at Oviedo High School while his son attended. He resides in Oviedo.
Check back as more elements will be profiled, culminating February 28, 2021.

Homeownership: For Latesia and Latashia, a dream come true